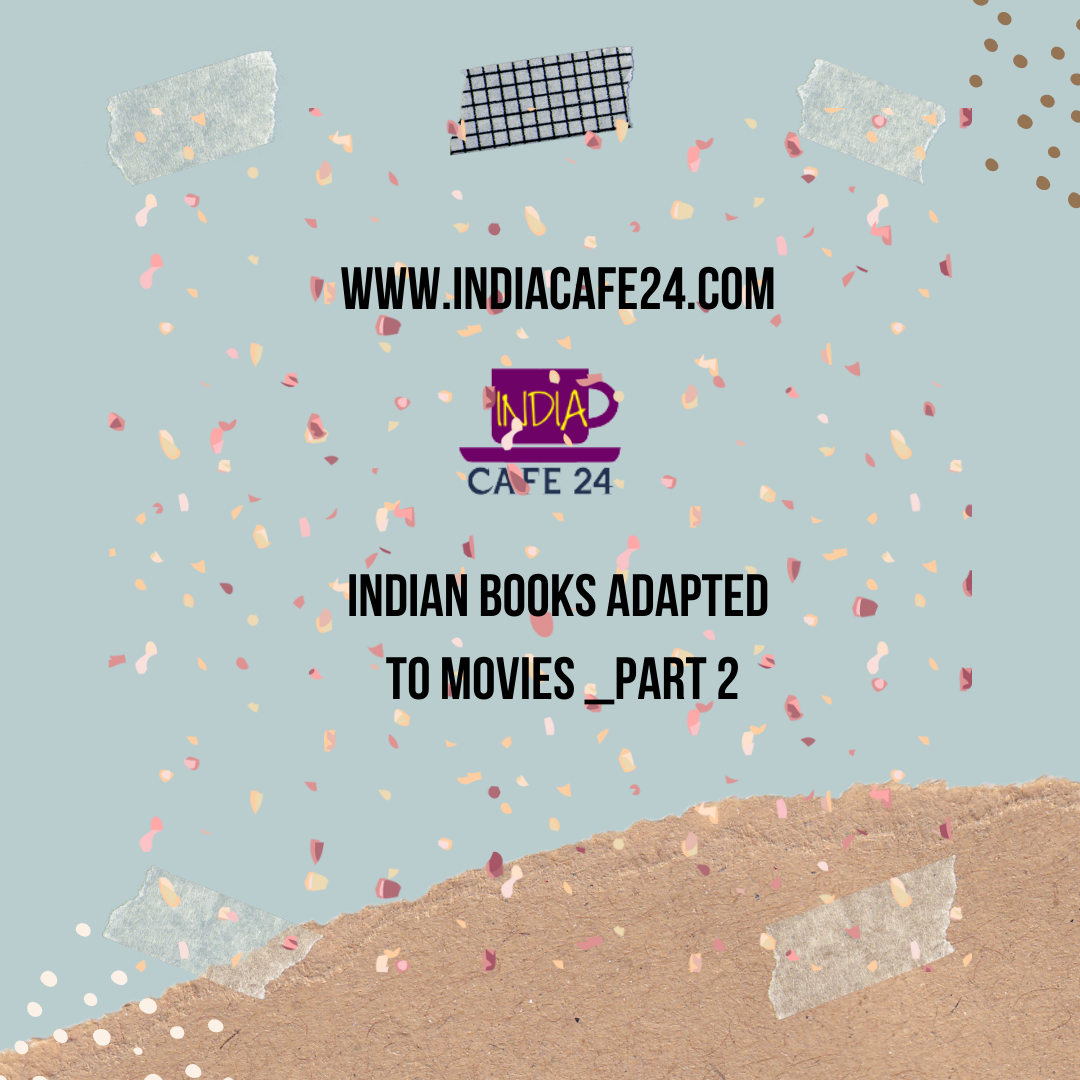 As promised, I am back again with the next list of movies that got adapted from books by Indian authors.

Do check the first part of the Book to Movie Adaption series here:  CLICK 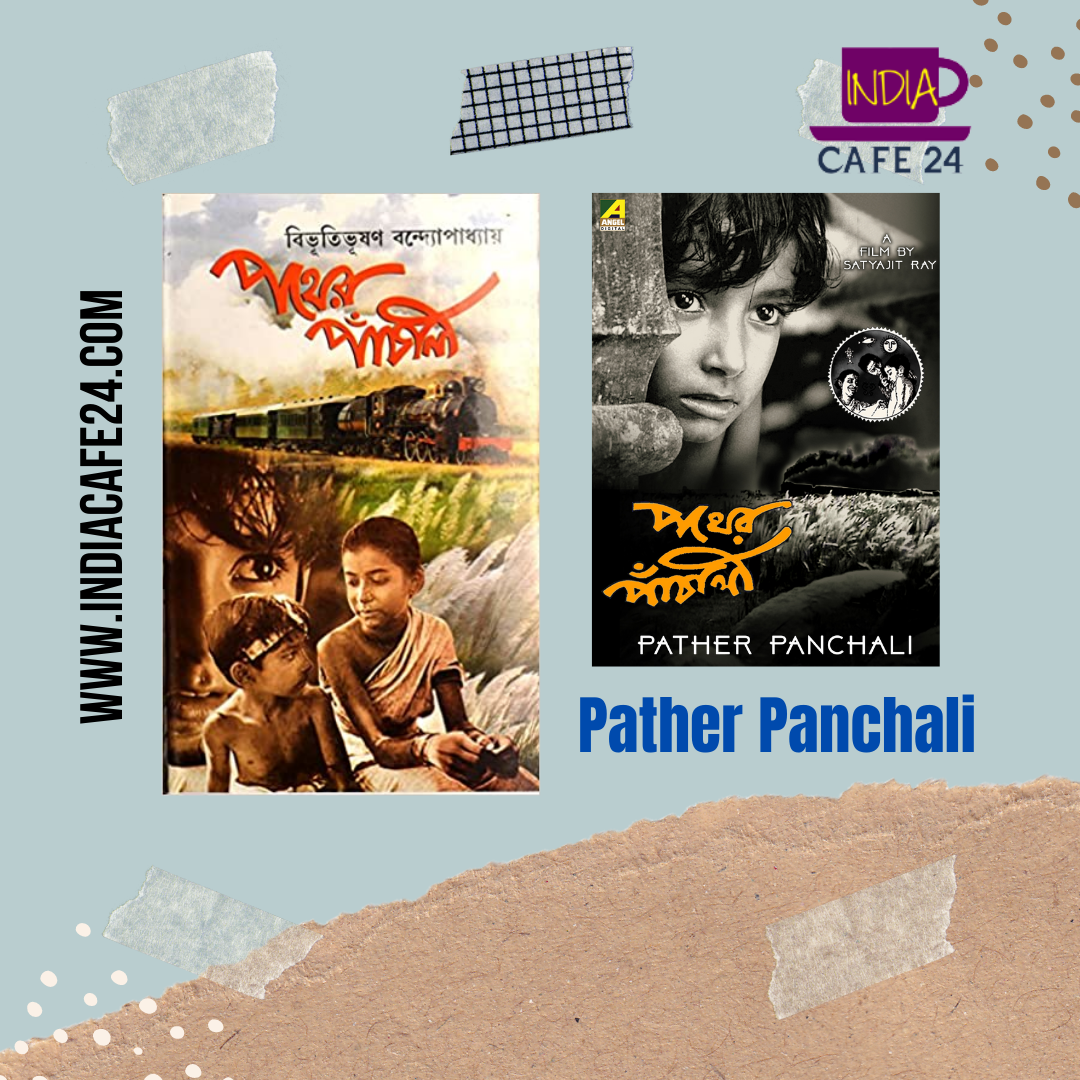 This book is very close to my heart, and I grew up reading it. It is one of the masterpiece books written in Bengali by Bibhutibhushan Bandyopadhyay in 1929. The emotions displayed by the characters will make anyone burst into tears.

It is a story of a young boy who lives in a small village in India. He was born in a poor family. How he survived with constant struggle forms the rest part of the story. Beautiful narrations of the author will take a reader on an emotional ride.

The book was adapted into a film by late director Satyajit Ray who won Oscar for the first time in India. The film won the National award for Best Feature Film that year. When we talk about Indian cinema, this film name always gets mentioned by critics. The story was big enough to fit into one film and made in three parts as a trilogy. The trilogy consists of Pather Panchali, Parajito, and The World of Apu. 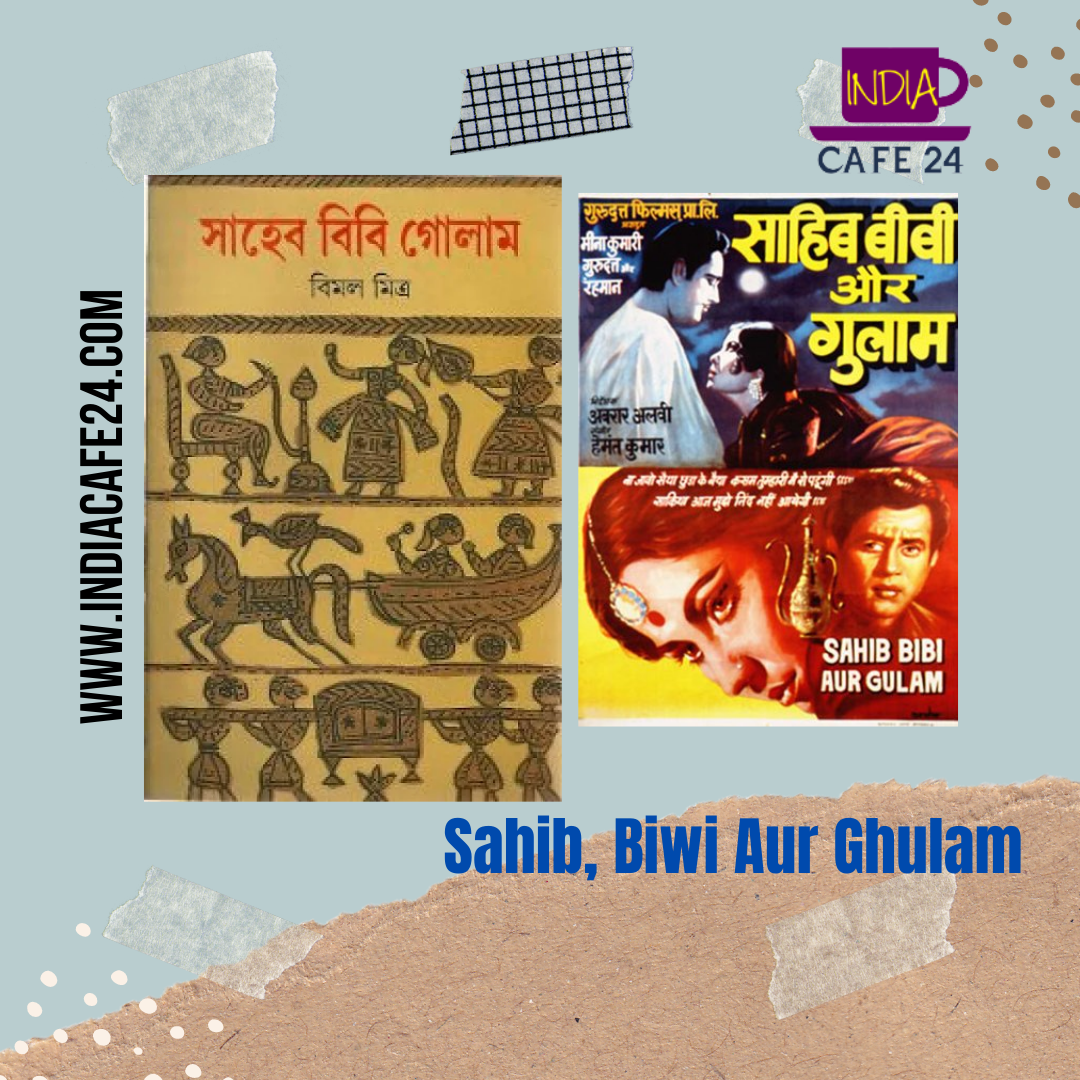 The movie was adapted from a Bengali novel written by Bimal Mitra. The book talks about haveliraj, jamidari, and federalism during the British raj. The story shows how a woman remains obsessed with her husband’s love and seeks their attention when he already had a mistress.

The movie based on this novel displayed a brilliant screenplay. As per Bollywood statistics, it is considered one of the most successful and watched Bollywood films. The film achieved great success both way commercially and critically. The film won 4 Filmfare awards and got an official entry to Oscar that year. 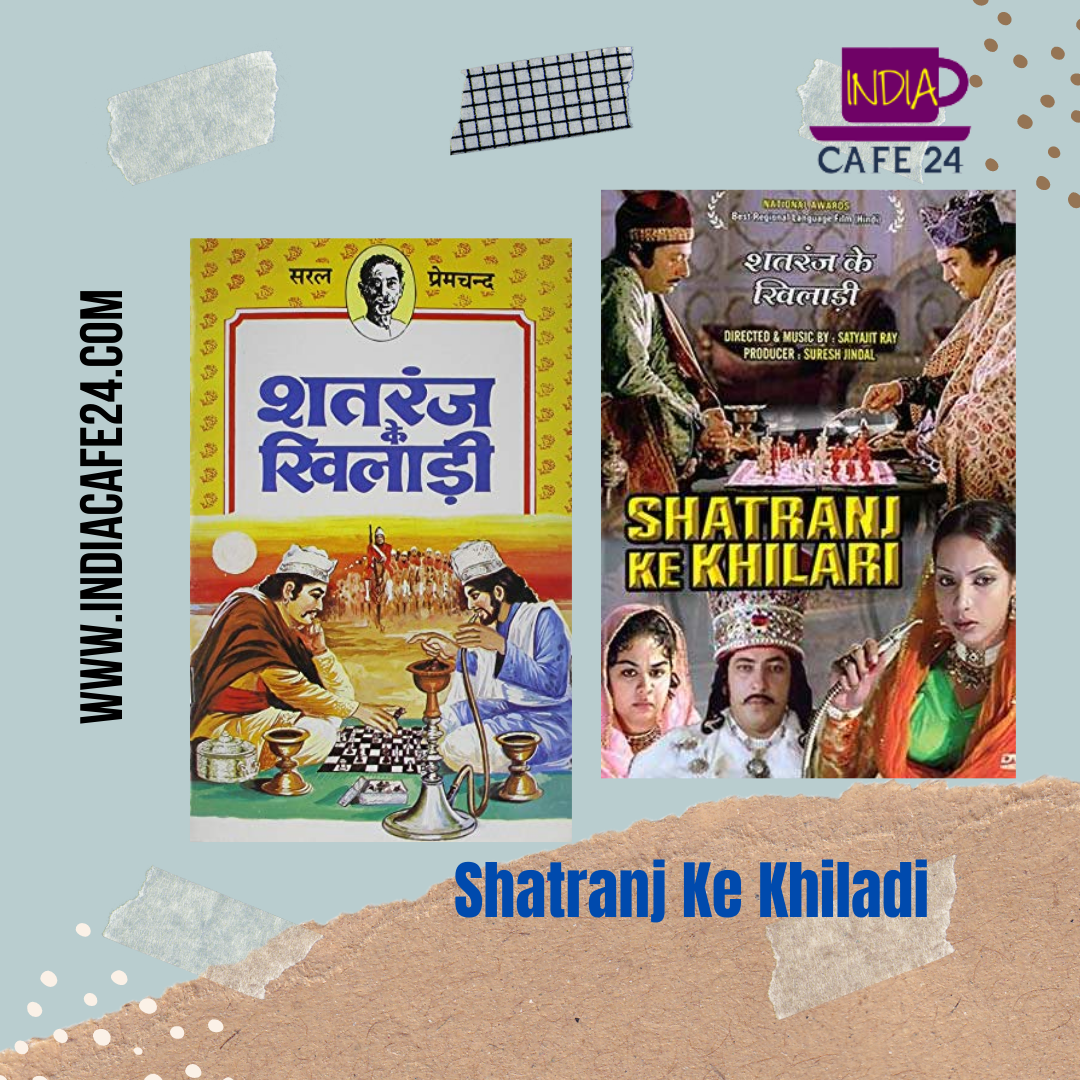 Shatranj Ke Khiladi is an emotional short story. A great storyteller, Premchand wrote it in 1924. The story focuses on the game of chess and the players. It depicts that due to addiction towards this game devastates a kingdom.

Late Satyajit Ray directed the movie with brilliant star casts: Shabana Azmi, Sanjeev Kumar, and Amjad Khan. It depicts how the person can go far beyond the limit out of obsession. 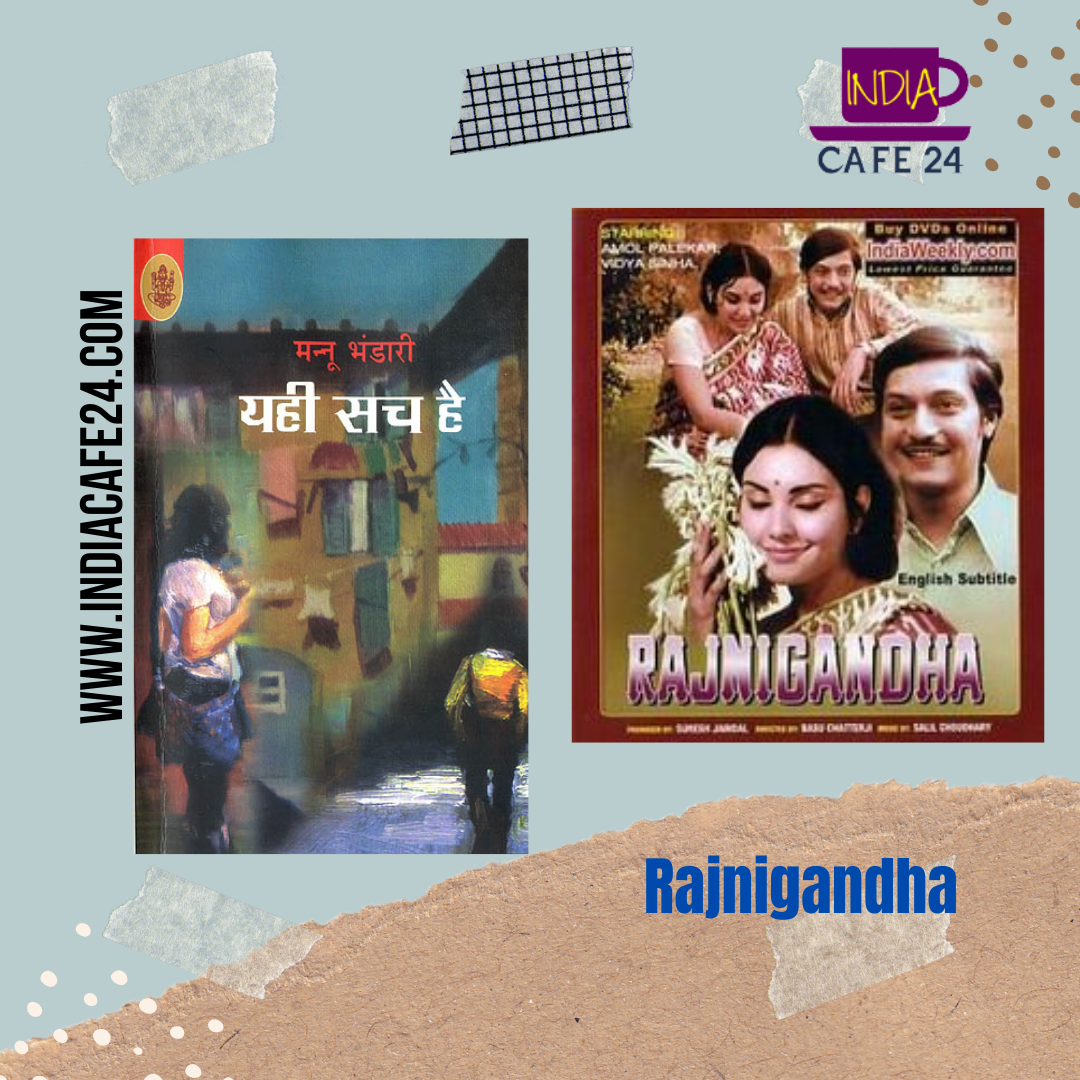 Hindi Writer Manu Bhandari wrote this story. It is a story of a girl in a happy relationship with a guy. But during a trip to Mumbai, she was suddenly attracted to her ex-boyfriend. She understands how wrong she was and explains the definition of love. The movie is based on the book Yahi Sach Hai.

The director was Basu Chatterjee. There are various complexities in relationships.

Such a concept got depicted beautifully in the movie Rajnigandha. It won the Filmfare award for the Best Picture in both Popular and Critics award in 1975. Paheli is a movie based on Rajasthani short story. It was Duvidha. The story was written in one of the Indian regional languages, Rajasthani, by Padam Shri Vijayadan Detha. The plot of the story revolves around a ghost who is in love with a living woman and the anarchy that follows. The film got directed by Amol Palekar. The lead star cast of the film was Rani Mukherjee and Shahrukh Khan. But before Paheli director Mani Kaul directed a movie Duvidha (1973) adapting the same story with same name. It bagged  National Film Award for Best Direction and Critics Award for Best film by Filmfare in 1974. Here, its important to mention that Duvidha film is an absolute adaption of the story. On the other hand Paheli diverged a bit from the actual story and first adaptations.  It was done by director Amol Palekar  to give the story and the lead female star a space for  displaying feminism.

If you are a book-lover who reads these books, you can watch these movies too. It will entertain you more because the stories are depicted beautifully with an excellent star cast and screenplay.

Very soon will come with the next list of Book to Movie adaption. Stay tuned

Previous: The Different Bride By Charu Singh – A Colorful Journey Of Romance And Emotions
Next: Lohri – The Harvest Festival Of Punjab