Indiacafe24.com > Festivals > The Festivities of Navaratri and Significance of Navadurga

The Festivities of Navaratri and Significance of Navadurga

The Festivities of Navaratri and Significance of Navadurga

Navaratri is one of the most auspicious and celebrated occasions in Hinduism. It is rejoiced in several parts across India throughout nine days, as the name suggests. During these days, the devotees follow sanctity in their lifestyle and meals. 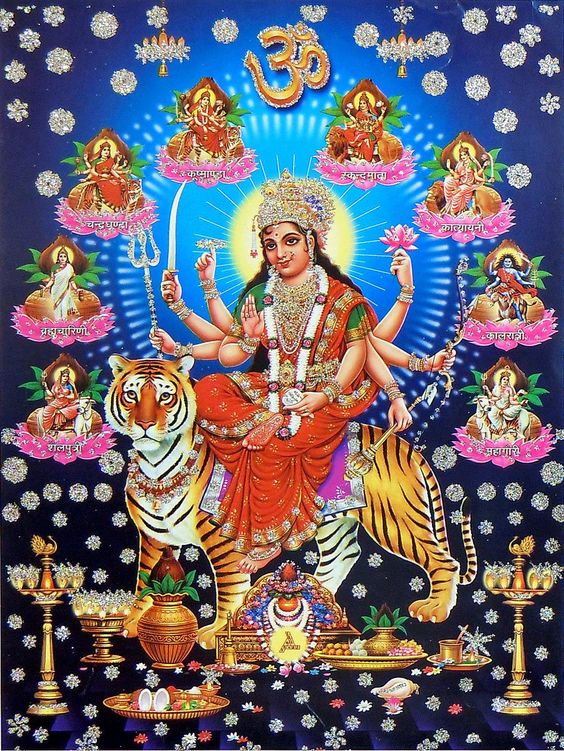 This festival is based on the mythological battle between the powerful Goddess Durga and the villainous demon Mahishasura. Four times in a year, this event is observed. The celebrations we can witness in the Hindu months of Sharad, Chaitra, Magha, and Ashada. However, the one in Sharad month, which usually occurs in September to October in the English calendar, is the most popular. It is celebrated with great glory in the northern and eastern parts of India. In Bengal, the celebration is called Durgostsav or Durga Puja.

The nine days are associated with nine forms of Goddess Durga, each having unique importance in mythology. We made an effort to share few words about these avatars, mentioned chronologically. Also, we have stated the colour codes of each day, which have some significance as well. 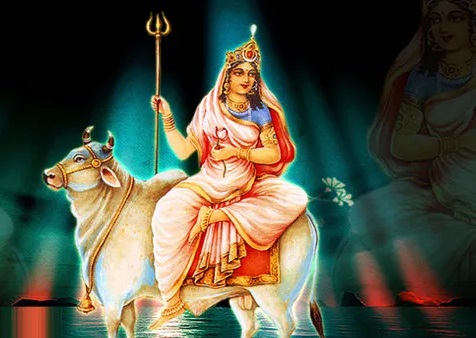 This avatar rides on Nandi, the bull, and carries a Trishul and lotus in her hands. She rides Nandi, the bull, and she represents Shiva’s wife in this form. She is the daughter of the Himalayas, justifying the name. The shade of this day is grey that implies dynamism and force. 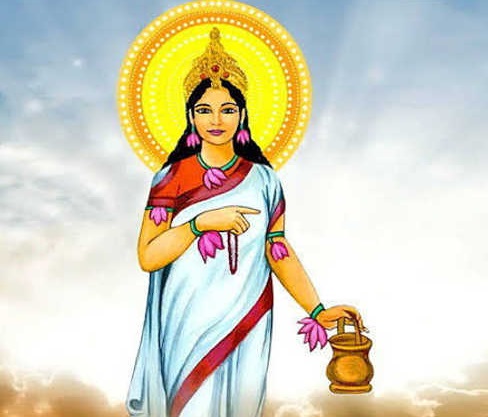 This incarnation signifies the celibate form of Parvati. She gets worshipped for obtaining peace and liberation, also called moksha. She also represents wisdom and willpower. Her Avatar holds a pot and rosary. This day’s colour is blue, which depicts serenity and harmony. 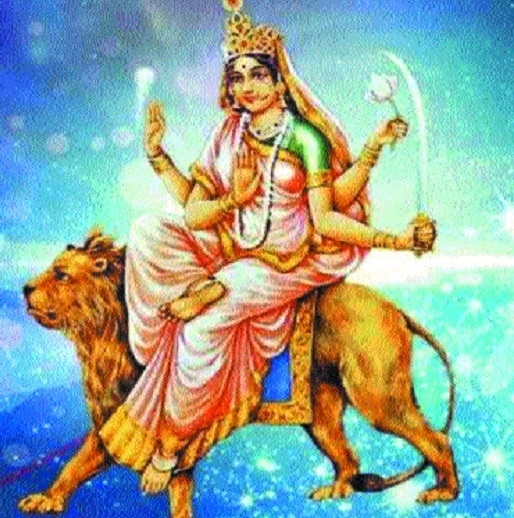 The name implies a half-moon that Parvati put on her forehead after Lord Shiva got married, to her. She is worshipped for gaining strength to overpower mental and physical anguish. She symbolizes courage and magnificence. The colour of this day is white. 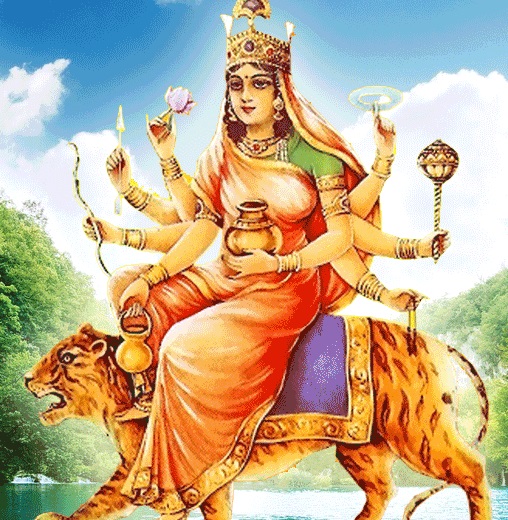 This avatar rides a tiger and has eight arms. She is considered to be responsible for harvest and creation on this planet. In some mythological stories, it is mentioned that to create the cosmic egg or World egg. The shade given to this day is red. 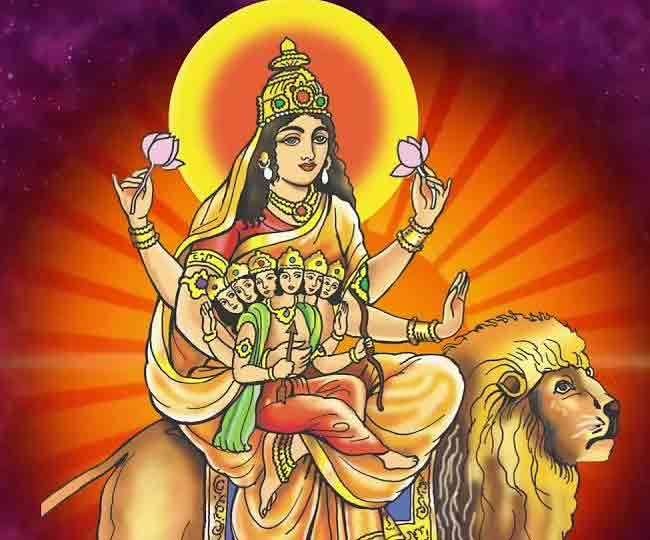 As the name goes, this form is believed to be Skanda or Kartikeya’s mother. She is preseed as the goddess who is filled with motherly instincts holding a baby delicately and sitting on a lion with power, at the same time. This day’s colour is royal blue, whose shine denotes the power of a mother to protect her child.

This avatar is depicted as a warrior and is also linked with aggression. She has four hands and sits on an angry-looking lion. Despite her anger, she is worshipped to make marriages successful. Yellow is the colour given to this day that signifies bravery. 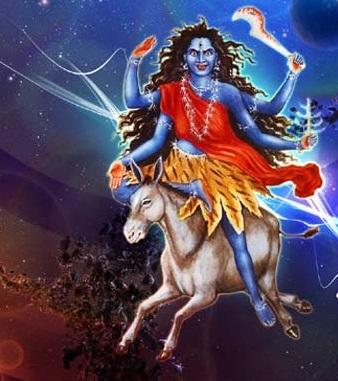 This incarnation of Goddess Durga is depicted to be the fiercest. She wears a red-coloured tiger skin as she detached her original fair skin to appear ferocious and kill Sumbha and Nisumbha. Her devotees worship her to remove the unawareness in their lives. This day’s shade is green. 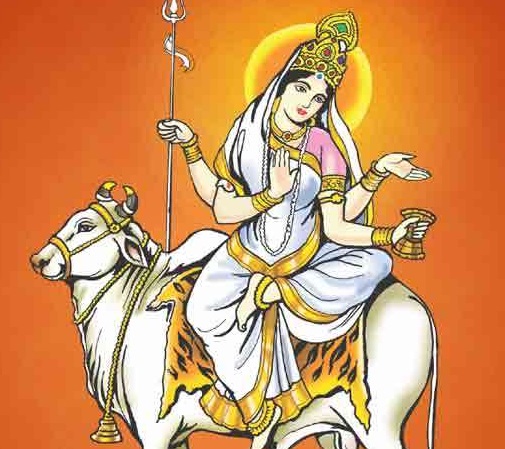 The complexion of this form owes to the belief that she is Kaalaratri, who bathed in the pious Ganga river, regaining her white skin. Her name means extremely white. This day is linked with the colour peacock green that brings about positivity. 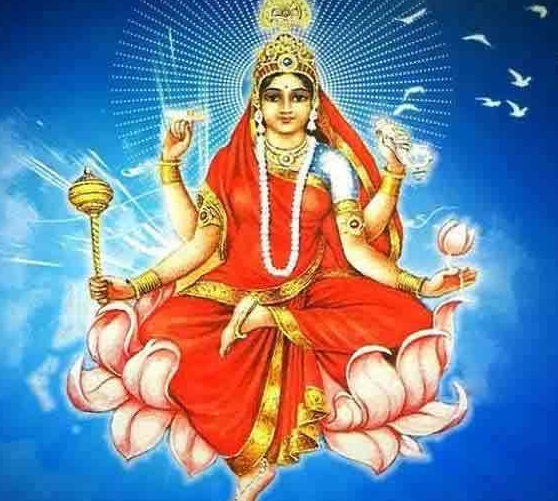 This avatar has four hands and is seated on a lotus. She is represented as the equal blend of Shiva and Shakti, also called Ardhanarishvara. This form is considered the enlightened version of Shivashakti. The colour of this day is purple that marks affection towards nature.

We must try to imbibe the virtues of these avatars to truly mark and give meaning to the celebration of Navaratri.

Previous: Till Death, We Do Part By Bruno Beaches – A Dark Gripping Tale Rich With Emotions
Next: Legends Associated With The Grand Festival Of Durga Puja