This time we have with us another talented author from the cultural state of West Bengal. Yes, you got it right we are lucky to have a chit chat session with sober, simple and expressive author Saugata Chakroborty. During his interaction with us, he shared the story of his journey as an author and about his future plans. So check out this session and we are sure you will also love reading his books too.

1)    Welcome, Saugata. It’s a pleasure to have you on this platform of Indiacafe24.com. Our readers would surely want to have a sneak peek on your background. Kindly share a brief about you, your education and your family.

Ans: Let me first thank you and other members of Team Indiacafe24.com for this platform.

After completing my post graduation in Commerce as an Accounting major in 2002, I had briefly worked as an accountant with DPEP, the predecessor of Sarva Shiksha Mission as it is known today. It was the transition period for the projects- from the viewpoints of both ownership and accountability. When I look back at my professional career so far- change continues to be the central theme. Post DPEP, I taught Commerce at a Government-aided high school in South Kolkata for little more than a year. Before I could initiate a formal Diploma course in Education, the RBI offer letter was there. The Bank ensured that I pick up a CAIIB, a Certificate in Dealing from ACI, Paris and another in gender-neutral corporate communications from IIM-Ahmedabad among other professional qualifications. However, for me, real education was taking place through the interactions with a diverse galaxy of people at my workspace and beyond. 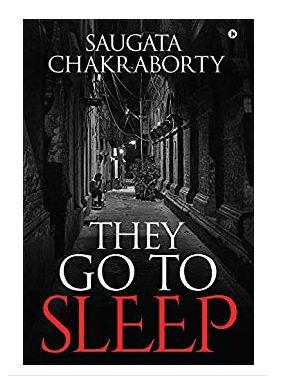 I am equally fortunate to have my parents, a banker and a teacher turned homemaker, who had never interfered with the choices made by their two sons. My elder brother, a respected teacher in his own right, is also my earliest playmate and the Guardian Angel. The home office is in the able hands of my better half Sharmi, who also has started her own line of alternative ornamentations recently. Our fifth-grader daughter Aishika aka Gungun reminds me of the young Saugata, a reserved kid with innate naughtiness.

2) How the idea of turning an author came to your mind? Is there someone who inspired you or it just happened?

Ans: I prefer to be called a storyteller. In the East Kolkata neighbourhood where I grew up, we had this grand old man with his walking stick, who would tell us stories of his eventful life. He was a Royal Air Force veteran and in those days when satellite television and internet were unheard of, those fantastical stories captured and captivated our imagination. Sadly, I don’t remember either his name or his stories, but the image of the old gentleman will stay with me. The idea of penning down my own stories started at Siliguri, when I was in seventh standard, as a paragraph written in absolute jest was appreciated by Satyababu, an English teacher having a fierce reputation.

3) Who are those Indian authors whose writings inspired you the most? Do you have any foreign writers in your favorite list?

Ans: That will include mostly writers in Bengali. Tagore, Bibhuibhushan Bandyopadhyay, Syed Mujtaba Ali, Sharadindu Bandyopadhyay, Sukumar and Satyajit Ray, Sanjib Chattopadhyay continue to inspire the storyteller in me. R.K. Narayan, Ruskin Bond and Amitav Ghosh are the Holy Trinity for me among the Indian authors in English. The list of favorite foreign authors would include Dickens, Mark Twain, George Orwell, O’Henry, Ernest Hemingway, Jules Verne, Arthur Conan Doyle, Roald Dahl, Frederick Forsyth and Jeffrey Archer. It is not an exhaustive list though.

4) Share few words about your latest book  They Go to Sleep and how it happened.

Ans: It’s a collection of 12 short stories, written between 2011 and 2018 and is a book that does not belong to any specific genre. My experience tells me that we have a huge readership for novels written in simple English in India while short stories have a somewhat limited audience. Given that, ‘They Go to Sleep’ could reach No. 3 in Amazon’s bestselling list for short stories (No. 1 in Paperbacks) and was just shy of Top 100 bestsellers across all categories of books. So far, 97% of the 75-odd reviewers on Amazon and Goodreads have given a thumb up to the book.

It was August last year, when someone first asked me if I was thinking of coming out with a book after she had read a travelogue featuring my recollections of a 1995 group tour of Rajasthan. I said no then, but soon enough similar queries from different other quarters forced a rethinking. I was against the idea of coming out with a book containing only my social media posts and thus looked at the repertoire of short stories that had accumulated over the years. The idea of having a dozen stories was again inspired by Satyajit Ray’s series of story books for a younger audience, each having 12 different stories.

5) The conflict between the publishers and authors is very common. Have you faced such problem while finding a publisher for your books?

Ans: I would say that the pre-publication experience with both Partridge, whom I could not agree with on the pricing front and Notion Press, publisher of ‘They Go to Sleep’ was satisfying beyond expectations.

6) What are your other passions in life?

Ans: Movies, poetry, travel and wildlife. Oh, and food, too.

7) If we ask you to name 3 favorite books of your… which 3 you will pick and why?

Ans: First, The Hitchiker’s Guide to the Galaxy by Douglas Adams because I have not read a better satire about our existence.

Second is a Bengali book for children Chander Pahar (Mountain of the Moon) by Bibhutibhushan as the exploits of the protagonist in the enchanting Africa could ignite my imagination like nothing else.

The third one has to be To Kill a Mockingbird since it dealt with the most difficult of the circumstances with great poise and not a single bit of it read like preaching.

8) What are your future plans?

Ans: To migrate from the shorter version to the longer one- that of novels. I also plan to do a course in behavioural economics and will need to try for a scholarship to get there.

9)  What next in pipeline and of what genre?

Ans: Three short and micro stories are competing to be a part of as many anthologies to be published by Wolf Books India and the Half Baked Beans. Progress is slow on ‘Deshmrittika’ (Soil of my Land), a non-fiction based on my Indian experience in Bengali, but that should be the next complete book.

10) Define Saugata the Author in One line?

Ans: A work in progress.