The film and the television industry received a tremendous shock with the sudden demise of the television heartthrob and the reality show star Sidharth Shukla. He was just 40 and already a renowned face in Bollywood. 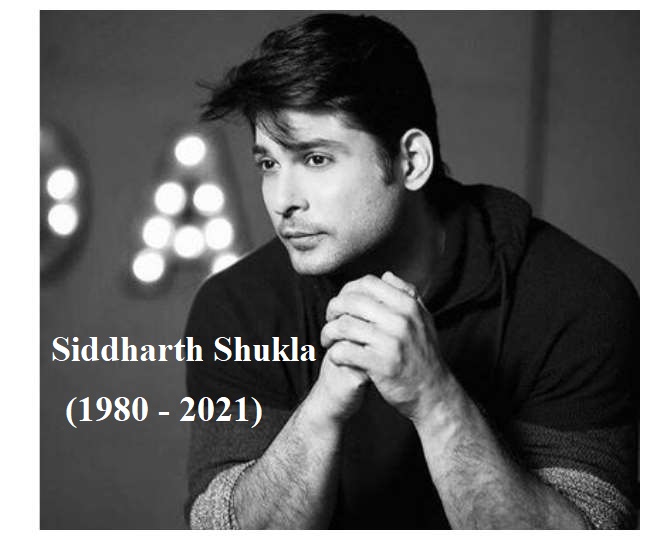 As per the sources, the young and talented star breathed his last in Cooper Hospital Mumbai due to massive heart attack on 2nd September.

He started his career with the television show “Babul Ka Angan Chutey Na ” on Sony TV in 2008. After that, he played many roles in some of the popular Television soaps like Jaane Pehchaane Se…ye Ajnabbi, Love U Zindagi, and Balika Vadhu, which gave him a new identity. He also acted in one episode of CID.

Sidharth Shukla gained huge recognition in the modeling industry, and he remained dedicated to his physical fitness. He was honored with the Gold Award as the fittest Actor in 2014. He was also honored as the Wellness Icon and was awarded the 8th Geospa Asiaspa India Awards in 2015. Sidharth Shukla was a well-known face in the reality show industry. He took part in Big Boss 13 and was declared the winner of the show. This win gave him immense popularity, and he got the offer for two popular music videos- “Bhula Dunga” and “ Dil Ko Karar Aya”. He remained part of Fear Factor: Khatron Ke Khiladi 7

He made his Bollywood debut in 2014 in the movie “Humpty Sharma Ki Dulhania” produced by Karan Johar. He made a guest appearance in the last and recent season of Bigg Boss. It was a clear indication that the Big Boss stage is incomplete without his presence. He was a fine actor in the Indian telly industry, and Balika Badhu was a serial that made him popular among telly soap lovers. It is really hard to accept his absence from the industry.

Celebrities and admirers of Sidharth Shukla are in extreme grief hearing the news of his sudden expiration.

Indiacafe24 pays a heartfelt tribute to Siddharth Shukla. We will remember him always in our prayers. Rest In peace Siddharth.

Previous: The Blazing Moon: Journey To Hell By Ekta Sinha – An Exciting Cocktail Of Love, Horror, And Thrill
Next: The Yuckiest Lunch Box By Debbie Min – A Children’s Book That Sends Out A Strong Message