Sandhya Mukherjee: The Melodious Soul Left for Her Heavenly Abode

Sandhya Mukherjee: The Melodious Soul Left for Her Heavenly Abode 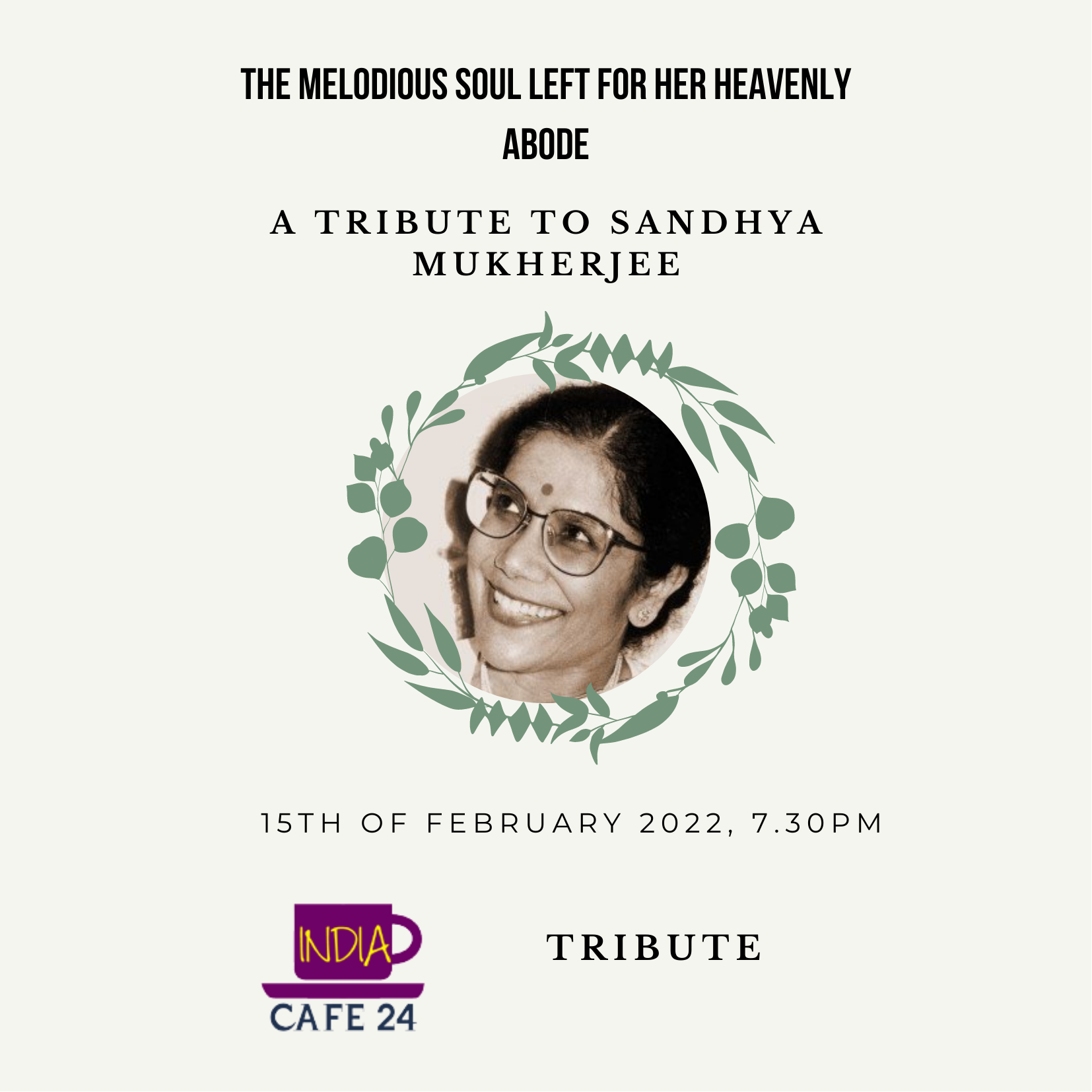 Sandhya Mukherjee was a legendary singer in the semi-classical genre. She was born in 1931 in Kolkata, West Bengal, India. In her forties, she took training for Indian Classical music from Ustad Bade Ghulam Ali Khan. She started playback singing for the Hindi Film industry in 1950. However, she got compelled to return to her hometown for personal reasons.

Sandhya Mukherjee received the National Award for playback singing in 1970 for her work in the films Nishi Padma and Jay Jayanti. She was also awarded the Banga Bibhushan in 2011. Recently, she refused to accept the Padma Shri award from the central government.

The legendary singer met with a domestic accident at her residence in Kolkata on 27 January 2022. She was admitted to a state-administered hospital the next day. She was diagnosed with a femur fracture. Moreover, she also tested positive for COVID-19 and was suffering from multiple organ failure.

She was getting treated in the ICU, but on 15 February 2022, she suffered from a massive heart attack. Sandhya Mukherjee took her last breath at around 7.30 pm on this day.

Her music is unforgettable, and the industry and her fans will forever remember her. May her soul rest in peace.

Previous: Book Review: Long Run: A Paradise Augmented by Satish T- Revisiting the 90’s Stock Market With An Inspirational Story Of A Fund Guru
Next: Bappi Lahiri: End of The Disco King’s Reign