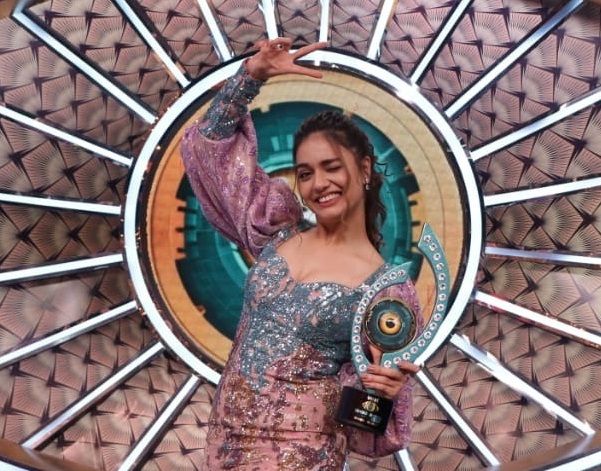 The first season of Big Boss OTT was concluded on 18 September 2021, after six weeks of exciting events and episodes, with Divya Agarwal as the winner. She received prize money of 25 lakhs along with the greatly desired trophy. Nishant Bhat and Shamita Shetty became the first and second-runners up of the renowned over-the-top reality show. 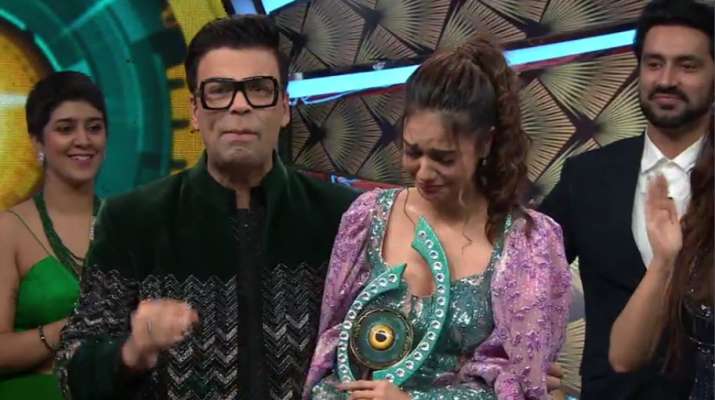 Throughout her journey in this season, Divya faced many ups and downs. Nonetheless, she never gave up, even if she was the only one standing for herself. Initially, she developed a friendly relation with Zeeshan Khan, but it did not last long. The reason is that the latter got expelled for her disapproved connections with Pratik Sehajpal.

Divya tried sincerely to blend with the co-contestants, but it was not easy for her. Her relations with Shamita Shetty remained mixed with many differences of opinion. However, towards the end of the show, Divya put in efforts to regain cordiality with Shamita.

Divya’s got into conflict with other contestants as well such as Raqesh, Pratik, and Nishant. She even faced the host, Karan Johar’s fury at times. Despite all the disagreements, she continued till the end and proved that she did not wait for anybody’s support to win the competition.

Divya ensured to stick to honesty, and always spoke her mind out. She didn’t care about what the results would be. Although her relations with the host and co-participants were not amicable, she surely made her mark in the viewers’ minds.

The ending remained filled with amusement, with Genelia D’Souza and Riteish Deshmukh joining Karan Johar in hosting the grand finale. Raqesh and Shamita performed on a romantic number to entertain the audience. By bagging the winner’s trophy, Divya Agarwal proved something. She proved that even if one, does not receive anybody’s support, honesty and courage are enough to win any contest.

Previous: A Tale Of Parallels By Ravi Valluri – A Unique Collection Of Short Stories That Combine The Past And The Present
Next: Back Ender By Udayan Mukerji – A Sneak Peek Into The Internal Working Of Government Officials