Tale Of Two Cities – A Timeless Classic By Charles Dickens

Tale Of Two Cities – A Timeless Classic By Charles Dickens 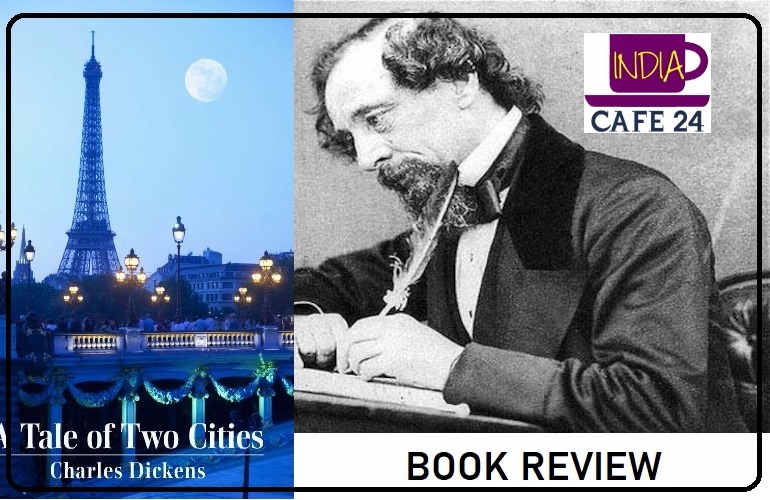 Charles Dickens is one of the most celebrated writers of the 19th century and this year marks his 200th birth anniversary. I consider myself extremely fortunate to get the opportunity to read his famous book Tale Of Two Cities. Given the unique writng style of the author, I felt both excited and nervous when penning down the review of this book.

Doctor Manette, having spent 18 years as a political prisoner in Bastille, returns to London after his release. Here he is reunited with his charming daughter, Lucie, who has attracted the attention of two suitors. The first among these is Charles Darnay, an exciled French aristrocrat and the second is Sydney Carton, a briallant but disreputable English lawyer. The fate of the three lovers takes them from London to Paris at a time when the city is facing the height of Reign Of Terror, with the trio quite unaware of the fact that it will change their lives forever.

Despite having been set in the highly political backdrop of The French Revolution, the novel has a surprisingly antipolitical tone.  It highlights the fact that Dickens wrote books that were perceived as a suspenseful, comic, and sentimental work of literature. The book also highlights the authors mastery of characterization as well as his ability to present each scene in great detail using minimum words. That is why reading a Charles Dickens novel can prove to be a challenging task and may require the readers to mploy utmost concentration.

Previous: Father’s Day – Honoring The Silent Love Of Fathers For Their Kids
Next: Homemade Hair Masks: Keeps Your hair Healthy and shining!