This was the 10th Season of Khatron Ke Khiladi. It was Aarti Chhabria the last female contestant from Season 4 to won the title till the 9th season. In Season 2 it was Anushka Manchanda and Nethra Raghuraman in season 1. These 2 female contestants also bagged the title earlier. So, in 9 seasons there were only 3 female winners and after 2004 it was all men. Karishma Tanna was one of the favorite television actresses who joined the season 10. Her mission was clear to be the winner and break the chain of consistent men winners. Her dedication and strong will power made her the dashing winner of season 10. 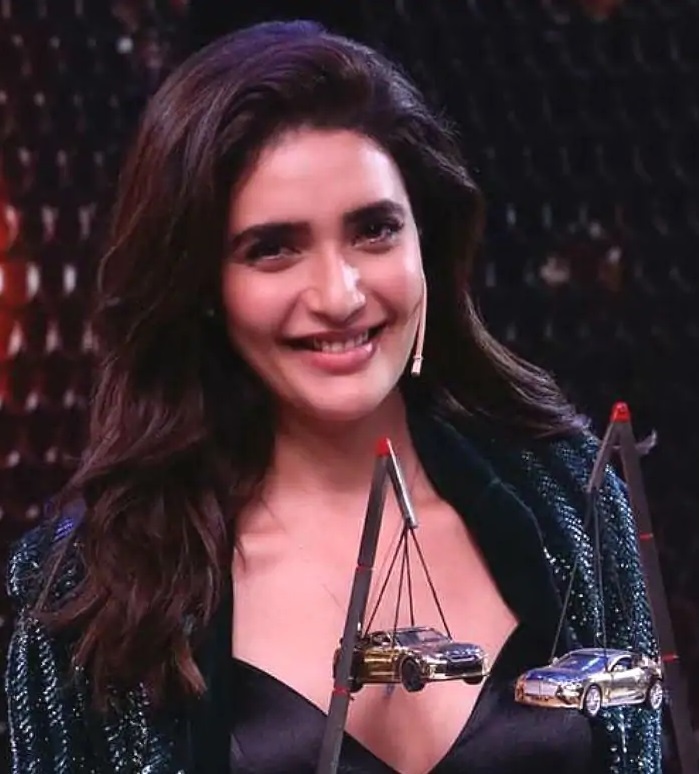 Karishma Tanna lifted the winner’s trophy defeating Karan Patel and Dharmesh Yelande. The finale planned with power-packed stunts. She showed excellent sportsman spirit. She performed all the stunts with perfection. Her stylish romantic dance with Bulgarian Gorila entertained all the viewers. When talking about Karishma we cannot miss mentioning the name of Tejasswi Prakash. She was one of the strong contenders in the contest. But she left the show on medical grounds before the semifinal. The winner might be different if Tejasswi remained as a final contestant.

In the finale, Karishma Tanna performed like a winner and in a fearless manner. She completes the wrecking ball task in the shortest time and emerged as the ultimate Khatron Ke Khiladi.

Kashmira Tanna is one of the popular names of the television industry. This talented film and television actress worked in many Bollywood films & television soaps. Her acting in “Kiuki Saas Bhi Kavi bahu thi” received huge appreciation. She participated in Big Boss 2014 and she ended as the first runner-up.

She also participated in reality shows like “Zara nachke Dikha” in the year 2008. She was part of Nach Baliye in 2015, and Jhalak Dikha Ja in 2016. It is the year 2020 when she participated in Khatron Ke Khiladi on her mother’s request and she is the winner this time. Karishma Tanna born in the year 1983 in a Gujrati family and she lives with her mother. She won the prestigious Zee Gold Awards as the Most Fit Actor (female) two times in the year 2016 and 2018 respectively.

She is an ultimate reality queen and she proved it by winning the trophy of Khatron Ke Khiladi.

Previous: A Book Review Of The Jungle Book – The Most Celebrated Novel Of Rudyard Kipling #BookMarathon
Next: Myths Of Old Authored By Krishnarjun Bhattacharya – A Book Review, #Book Marathon