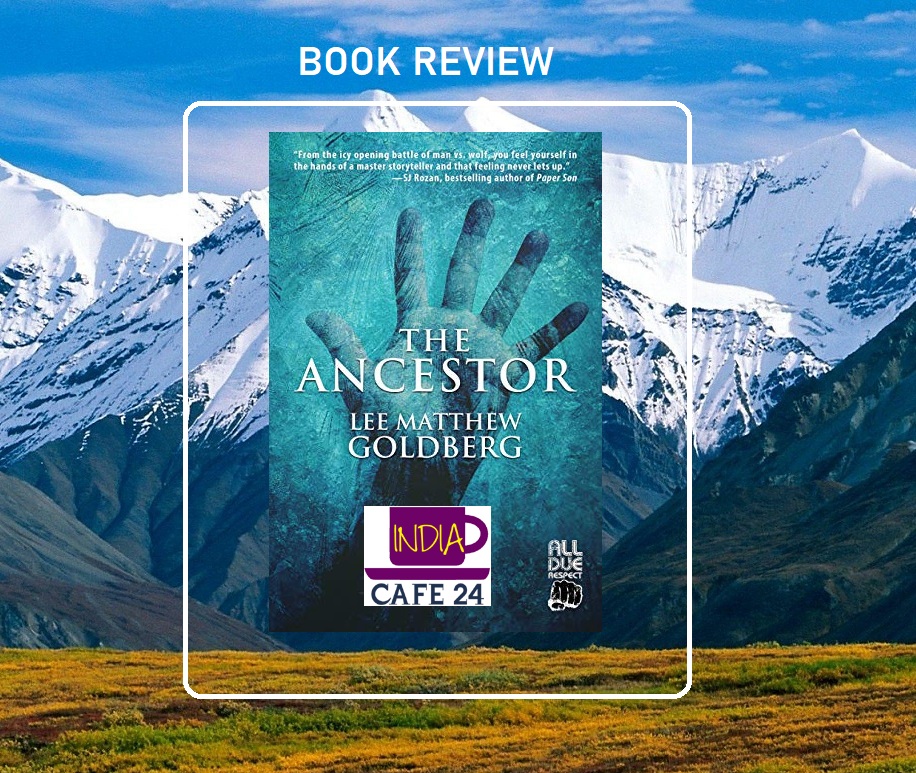 THE ANCESTOR, penned by Lee Matthew Goldberg, is one of the best suspense thrillers, that I have read so far. The story beautifully blends the past and the present of a family residing in a small town named Laner, Alaska.

Mr. Goldberg beautifully presented a family drama that depicts greed, love, sacrifice, jealousy, acceptance, friendship, and how all are present in a family.

The story begins with a man named Wyatt waking up from the Alaska Ice. He lost his memories but, does have a journal and a mirror. He got distracted hearing some shots and made efforts to move towards the source of the sound. There are two hunters, and the protagonist gets into a shock to see one ditto like his identical twin. Watching that guy flashback happened in his mind. Here I wish to add that author beautifully described Alaskan nature’s beauty.

Slowly protagonist recalls that perhaps he belongs to the period of the 19th Century, and has remained frozen since the era of the Gold Rush. When he secretly hides in the truck of the hunter looking similar to him, he reached his house. When he peeped silently through the window of his house, he found a lady along with a child. The name of Travis Barlow came into his mind. Yes, he is the identical twin of Wyatt and Wyatt recalled that Travis is his grandson. Just that moment, he remembers his lost name, Wyatt Barlow. He appeared sure that he already discovered the gold but failed to remember in which place. Watt acted adamant and that to find that gold to help his present family, the family of Travis.

But the issue was his obsession with something, that is truly dangerous. To win god’s blessing for his family, he desired to find that gold along with Travis’s wife. During his journey of finding back the gold, he came to know how he remained preserved, for more than a century under the ice. What’s the secret? Will he ever find the gold? All these questions will get answered by the author beautifully and thrillingly, and that what makes it a worthy read.

The way, the author presented the story with an element of thrill, adventure, and suspense turned to be the key USPs of the book. For me, the book turned out to be an awesome read, and I strongly recommend it to readers in love with thrillers. Traveling via time just because of being frozen under the ice and for a century…. Is something new to me. I hope to read some amazing books from Lee Matthew Goldberg in the coming time.

Previous: A Suppressive Woman: A right support at the right time paves the way- A short, simple and beautiful story
Next: Child/Currency- A Realistic Love Story Introducing Readers To Unexplored Shades Of Love