Karwa Cahuth – A Celebration for Sacred Bond Of Marriage

Karwa Cahuth – A Festival Celebrating The Sacred Bond Of Marriage

Celebration of Karwa Chauth takes place on day four of the Hindu month of Kartik, when married Hindu women perform a complete fast from sunrise to moonrise to pray for long life of their better half , their husband. In some communities, girls who are unmarried but engaged might also keep the fast to pray for a happy marital life. 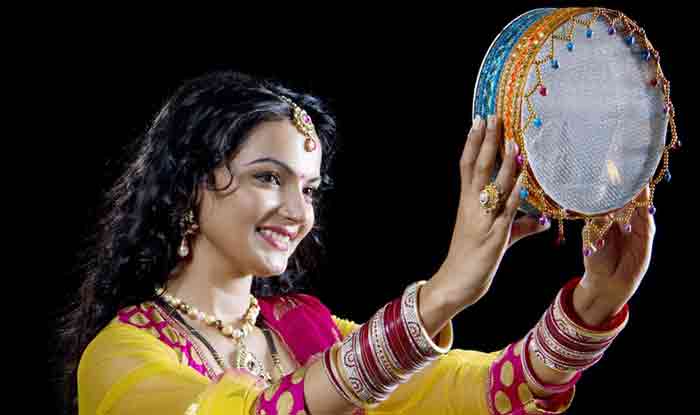 As per the legend, an extremely beautiful princess named Veervati, who became a king’s wife and on the day of first Karwa Chauth she visited her paternal home to observe a fast on the occasion. However, being of delicate health, Veervati was unable to bear the tough fasting conditions and by the time evening approached, she fainted due to weakness. Veervati’s seven brothers were blinded by their love for her and could not bear to see their sister in this condition. So they deceived her by lighting a fire on a hill in the vicinity and assured Veervati of it being the glow of the moon.

Veervati, trusting her brothers, broke her fast, and just as she finished eating, she learned about the sudden demise of her husband. While on her way back to the king’s palace, Veeravti was informed by Goddess Parvati that her husband’s death was caused because Veervati broke her fast after watching the fake moon. Hearing this, the queen pleaded to Goddess Parvati to forgive her and the deity acceded to her prayers by reviving the king, but on the condition that he would be of frail health. Upon reaching the palace, the queen found her king unconscious on floor with countless needles protruding from his body. She was able to remove only single needle per day, leaving only single needle in the king’s body when Karwa Chauth came next year. The queen, intending to observe a fast with dedication, went shopping, while a maid revived the king by removing the last needle from his body. Upon coming back to his senses, the king felt the maid to be the queen, forcing Veervati to take her place.

However, Veervati, following her duty as a wife, never stopped keeping the fast of Karwa Chauth with great devotion. She regularly sang the song “Roli ki Goli ho gayi….Goli ki Roli ho gayi” and was once it reached the king. He then asked Veervati the reason for singing this typical song. She recounted all the events and made her place in the king’s memory, making him repent his actions.

Veervati was once again united with her husband, only due to her persistent faith and devotion towards her husband.

Wish You All A Happy Karva Chauth

Previous: Inconspicuously Human By Uday Singh– An Insightful Book About The Intricacies Of Human Psyche
Next: Yellow Tape And Coffee By Pat Luther – A Book Offering A Perfect Blend Of Sci-fi, Suspense And Horror